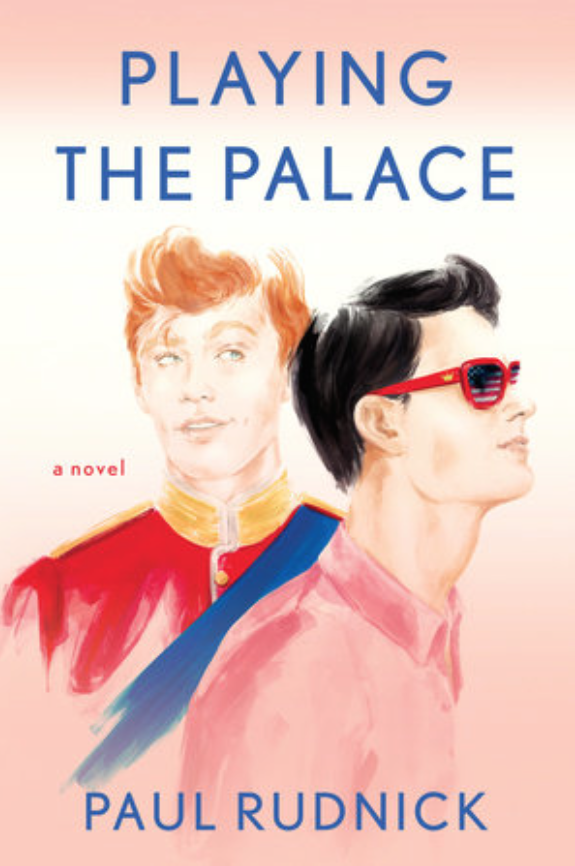 Playing The Palace will be published by Berkley on May 25, 2021, and can be pre-ordered on Amazon and elsewhere. It’s an all-out romantic comedy, about the love between Carter Ogden, a lonely New York City event planner, and Prince Edgar, the out Crown Prince of England. Their relationship couldn’t be more impossible or more deliriously passionate. Here’s an early review from Booklist:

New York City event planner Carter Ogden thought he had found true love with Callum Turner until he discovered that his too-sexy-for-his-own-good actor boyfriend was not only sharing his romantic charms with Carter, but apparently also with half the men in the tristate area. Six months after dumping Callum, Carter despaired of ever finding true love again when a chance encounter at the United Nations leads to an unexpected date with openly gay, perfect in every way Crown Prince Edgar of Great Britain. However, before Carter and Edgar can arrive at their very own happily-ever-after ending, they must first deal with a number of challenges, including a scandalous photo and a very cranky Queen of England. Award-winning playwright, humorist, and novelist Rudnick steeps his writing in a deliciously snarky sense of wit while at the same time effectively employing his flair for clever storytelling in the creation of a delightfully quirky cast of characters. The end result is a fizzy, fun, fresh, and fairy tale-like rom-com that will restore readers’ faith in true love. 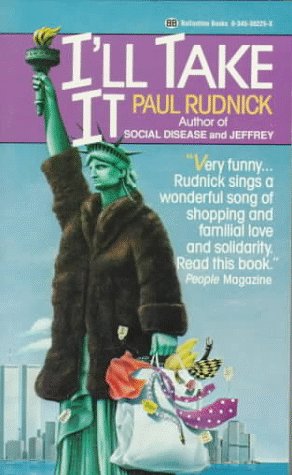 They came. They saw. They came and took what they saw. The Esker sisters are shoppers. Loving, caring, driven, merciless shoppers. Ida never “passes a store without slipping in and buying something to give away.” Pola, who only buys in bulk, would have been good in foreign affairs: “If a nation acted up, Aunt Pola would buy it.” And Hedy, dearest of them all, proved the whole thing was genetic. Or maybe environmental. Either way, she passed the bug of galloping consumption onto her son. Her son is Joe Reckler. Twenty-six. Yale grad. No job. No ties. Nothing to keep him from joining Mother and the aunts on a week-long shopping extravaganza disguised as a New England Autumn Leaves Tour that takes them everywhere from Bloomingdale’s to L. L. Bean. But soon Joe notices a difference between himself and his mega-shopping mentors. You see, he figures you’re supposed to pay.

“From the double-edged title to its last line, Rudnick’s new novel spotlights its author’s comic gifts even more vividly than did his hilarious, cartoonish debut, Social Disease. Turning his attention from brainless club-hopping WASPs to a nice Jewish family from New York whose members have an unusual fondness for shopping, Rudnick uses his wicked ear for dialogue and sure sense of caricature to sustain a vengefully funny and deeply affectionate portrait.” – Publisher’s Weekly.

“Flat out hilarious … Sort of like what I imagine P.G. Wodehouse would have written after spending some time in Bloomingdale’s … For sheer enjoyment, this book is a bargain. Buy two. You can freeze one. You never know.” – Jeff Danzinger, The Boston Globe 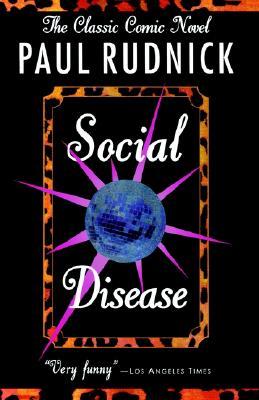 “An all-out satire of the New York club scene.” – The Washington Post.

“Rudnick has a keen ear for the kind of bitchy and world-weary dialogue that fuels the gatherings of New York’s social elite, and he has plenty of witty things to say about boring parents. the trauma of employment, and the burden of growing up chronically cool” – Chicago Tribune.

I Shudder (and Other Reactions To Life, Death, And New Jersey) 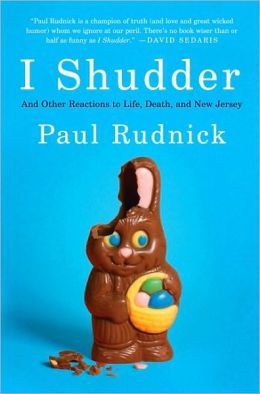 Paul courageously takes on a David Sedaris style of memoir with this collection of essays. Rudnick offers a hilarious romp through the many components of his life: from the sweet tooth that landed him in child therapy to his debut Broadway play, I Hate Hamlet — and everything in between. Rudnick’s humor comes from his ability to buoyantly portray the large-scale personalities that fill his life, including his Jewish aunts, a neurotic agent and a flamboyant costume-designer friend. With such a cast of characters in his own life, it’s no wonder Rudnick developed the comical genius within his hit screenplays: The Addams Family, Sister Act and In & Out. Yet in these essays, Rudnick never sacrifices honesty for humor. Rather—as the title suggests—he tastefully incorporates humor into real-life issues, such as his father’s death and his friend’s struggles with AIDS. In addition to Rudnick’s personal essay, he offers the narrative of Elyot Vionnet—Rudnick’s alter ego of sorts—whose crude insights are woven throughout the book in the form of journal entries paired with absurd events. Elyot Vionnet is a compilation of Rudnick’s friends and family—plus a truly New York sense of entitlement. – Publisher’s Weekly.

“Paul Rudnick is a champion of truth (and love and great wicked humor) whom we ignore at our peril. There’s no book wiser or half as funny as I Shudder.” – David Sedaris.

“Uproariously self-deprecating essays about being gay and Jewish in suburban New Jersey and downtown Manhattan…The vignettes that give the book its title offer…irresistible screeds against the indignities of modern urban life.” – New York Times Book Review.

The Collected Plays Of Paul Rudnick

The definitive collection of theatrical hilarity by one of America’s preeminent playwrights and humorists. The New York Times has proclaimed that “line by line, Mr. Rudnick may be the funniest writer for the stage in the United States today.” Now, this collection of his plays will remind readers far and wide of the great influence that Paul Rudnick’s comic genius has had on the world of American theater. Here are I Hate Hamlet, the play that marked Rudnick’s Broadway debut; Jeffrey, the long-running off-Broadway smash about gay life during the AIDS crisis of the early ’90s; as well as five other onstage gems enlivened by Rudnick’s signature rapier wit. The Collected Plays of Paul Rudnick is a must-have item for any fan of this theatrical master—and a necessary addition to all courses in dramatic literature. 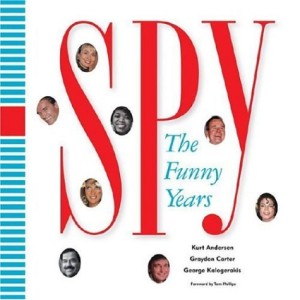 With equal parts nostalgia and snarkiness, this history /anthology celebrates the now legendary satirical magazine during its heyday—aka 1986 to 1991, when founders and partners Andersen (Turn of the Century and host of [PRI’s] Studio 360) and Carter (editor of Vanity Fair) ran the show (the magazine folded as a monthly in 1994). “We were very lucky to catch two waves—the post-’60s ironic mood and the go-go financial mood,” observes Andersen, and these pages offer plenty of opportunity to travel back to those heady days of “Separated at Birth?” and “The Spy Guide to Postmodern Everything.” Those who wondered what life at Spy was really like will also be rewarded: former deputy editor Kalogerakis […] has collected plenty of stories about minuscule paychecks, ridiculously tight budgets and bacchanalian parties (Andersen and Carter chime in with extensive annotations). Certain to be on the holiday wish lists of aging hipsters.

“Spy was the most influential magazine of the 1980S . . . it was cruel, brilliant, beautifully written and perfectly designed . . .” — Dave Eggers 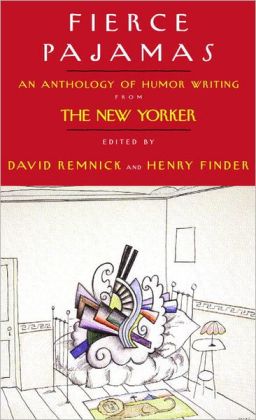 Remnick, New Yorker editor since 1999, and Finder, the magazine’s editorial director, recommend taking this book in small doses. However, New Yorker humor is not for everyone. Do not read this book if you suffer from an irony deficiency, or if you are currently taking any form of remedial English. Also, do not read this book if you are allergic to E.B. White, Robert Benchley, S.J. Perelman, Dorothy Parker, Woody Allen, Veronica Geng, Steve Martin, or Jack Handey. Side effects include the urge to do literary research (to track down the targets of spoofs) and the discovery of some very funny writers who may be unknown to you. To learn more about the type of material contained in this book, consult Judith Yaross Lee’s Defining New Yorker Humor (LJ 2/1/00). Ask your librarian if Fierce Pajamas is right for you. Available by prescription at public and academic libraries. 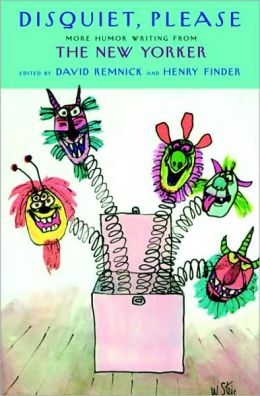 The New Yorker is, of course, a bastion of superb essays, influential investigative journalism, and insightful arts criticism. But for eighty years it’s also been a hoot. Now an uproarious sampling of its funny writings can be found in this collection, by turns satirical and witty, misanthropic and menacing. From the 1920s onward—but with a special focus on the latest generation—here are the humorists who have set the pace and stirred the pot, pulled the leg and pinched the behind of America.

Mirth Of A Nation 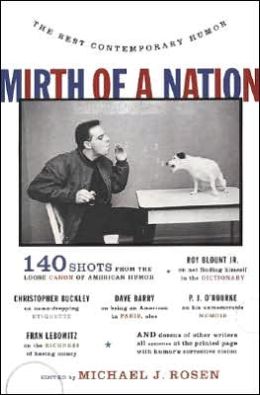 Mirth of a Nation is a collection of short humor pieces compiled by the Thurber House, which is a very dry way of describing a very funny book. Mirth is, at long last, a truly perfect humor-browser’s read, for everything–everything–is presented with a wry wink. 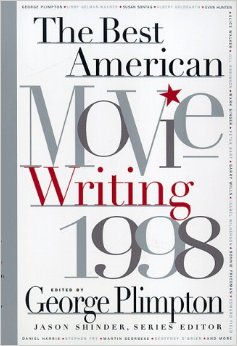 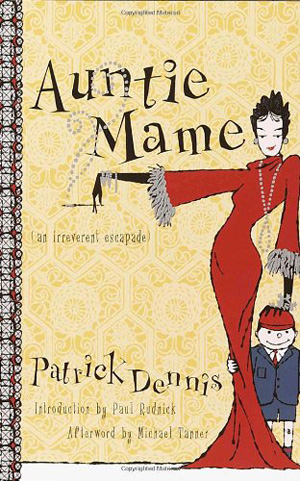 Wildly successful when it was first published in 1955, Patrick Dennis’ Auntie Mame sold over two million copies and stayed put on the New York Times bestseller list for 112 weeks. It was made into a play, a Broadway as well as a Hollywood musical, and a fabulous movie starring Rosalind Russell. Since then, Mame has taken her rightful place in the pantheon of Great and Important People as the world’s most beloved, madcap, devastatingly sophisticated, and glamorous aunt. She is impossible to resist, and this hilarious story of an orphaned ten-year-old boy sent to live with his aunt is as delicious a read in the twenty-first century as it was in the 1950s.

Paul Rudnick’s novels include SOCIAL DISEASE and I’LL TAKE IT, both from Knopf. He’s a regular contributor to The New Yorker and his articles and essays have also appeared in The New York Times, Esquire, Vogue and Vanity Fair. HarperCollins has published both Mr. Rudnick’s Collected Plays and a group of essays entitled I SHUDDER. His essays have also been included in the New Yorker anthologies FIERCE PAJAMAS and DISQUIET, PLEASE.