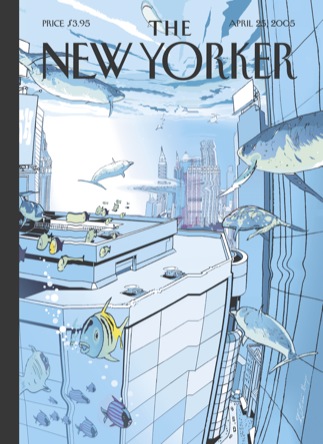 1. If I should remain in a persistent vegetative state for more than fifteen years, I would like someone to turn off the TV.

2. If I remain motionless for an extended period and utter only guttural, meaningless sounds, I would like a Guggenheim.

3. If I am unable to recognize or interact with friends or family members, I still expect gifts.

4. If I am unable to feed, clean, or dress myself, I would like to be referred to as “Mr. Trump.”

5. Do not resuscitate me before noon.

6. If I do not respond to pinches, pinpricks, rubber mallets, or other medical stimuli, please stop laughing.

7. If I no longer respond to loved ones’ attempts at communication, ask them about our last car trip.

8. Once I am allowed to die a painless and peaceful death, I would like my organs donated to whoever can catch them.

9. If my death is particularly dramatic, I would like to be played by Hilary Swank, for a slam dunk.

10. If there is any family dispute over my medical condition, it must be settled with a dreidel.

11. Even if I remain in a persistent vegetative state for more than fifteen years, that still doesn’t mean bangs.

12. If my doctor pronounces me brain-dead, I would like to see the new Ashton Kutcher movie.

13. If I remain unconscious during a painful, lingering illness, I would like the following life lessons to be published in a book entitled “Tuesdays with Paul”:

i. Treasure every moment.

iii. If you bought this in hardcover, you’re an idiot.

14. I do not wish to be kept alive by any machine that has a “Popcorn” setting.

15. I would like to die at home, surrounded by my attorneys.

16. If my loved ones insist that the cost of my medical care has become an impossible burden, show them a Polaroid of their “beach shack.”

17. In lieu of flowers or donations, I would prefer rioting.

18. I would like my entire estate to become the property of my cat, Fluffy, who said, “He wouldn’t want to live like this, with that zit.”

19. Assume that, even in a coma, I can still hear discussions about my apartment.

20. If there is any talk of canonizing me, please remember that I have often held the elevator for people who were still getting their mail, that I have twice offered a cab to a woman in a fur coat even though I was totally there first, and that I always waited to make derogatory comments until after the couple with the double stroller was a block away.

21. In the event of an open coffin, I would like smoky evening eyes.

22. At my memorial service, I would like my clergyman to begin his eulogy with the words “I suppose, in a way, we all killed him.” 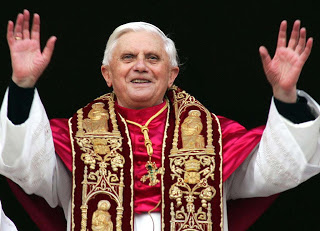 Pope Benedict XVI used Twitter for the first time on Tuesday, announcing the start of a Vatican news information portal. . . . It follows forays by the Vatican onto Facebook and YouTube. . . . Thaddeus Jones, project coordinator and an official with the Pontifical Council for Social Communications, said the pope, 84, was “clearly in awe at the new technology.”

Sometimes, when I’m all alone, I like to put on my cassock and spin around really fast and pretend I’m a tepee.

During a papal audience, I put folks at ease by asking, “Are you gay?” Then I say, “Kidding!” Then I go, “No, seriously, are you gay?”

It’s hard to tell all the cardinals apart, so sometimes I put different dinosaur stickers on their backs.

This is so embarrassing, but whenever I see Orthodox Jews I always think they’re waiters.

If people ask, “Why does God allow war and evil?,” I ask, “Why do the high-school students on ‘Glee’ look forty?”

When I stand on my balcony and wave to the faithful and millions more via satellite, I think, Kate Middleton must hate me!

If someone questions papal infallibility, I reply, “I know one thing for sure: you shouldn’t be wearing horizontal stripes.”

When I ponder why I was elected Pope over so many others, I wonder if it’s just a popularity contest. Then I think, Gosh, I hope so.

Proof of God’s existence: St. Patrick’s is right next to Saks.

Certain Christians think that they have to attend church only on Christmas and Easter, and I have a word for those people: lucky.

Whenever people doubt that angels are real, I ask them, “Excuse me, but have you seen the Jonas Brothers in concert?”

I hate to say it, but nuns are God’s punch lines.

Michele Bachmann is not Satan. Satan doesn’t have split ends.

Someday I’d like to put on slacks, a cardigan, a little straw hat, and sunglasses, and go see “The Book of Mormon.”

I worry about tweeting a sexy photo and seeing the headline: “the pope’s ankles!”

I tell other religious leaders their version of God is as valid as mine, but then I twirl and ask, “But who’s He takin’ to prom, huh?”

I met the Dalai Lama and he was so nice, but all I could think was, Sandals? In January? Really?

Every day I offer up a special prayer for the entire Kardashian family, but the next morning they’re always still alive.

I loved that best-seller about the boy who momentarily died and went to Heaven, but all I wanted to ask was, “Did He say anything about me?”

I counsel couples who are about to marry, “If it feels good, stop.” 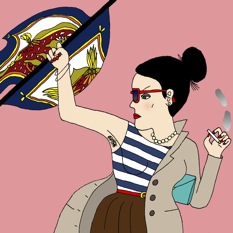 I am Marie-Céline Dundelle, and I do not need a book contract to reveal that French women are superior in all matters. Our secret lies in an attitude toward life, a point of view that I can only call Frenchy. For example, let us discuss weight loss. The American woman obsesses over every calorie and sit-up, while in France we do not even have a word for fat. If a woman is obese, we simply call her American. Whenever my friend Jeanne-Hélène has gained a few pounds, I will say to her, “Jeanne-Hélène, you are hiding at least two Americans under your skirt, and your upper arms are looking, how you say, very Ohio.”

To maintain my figure, I eat only half portions of any food, always arranging it on my plate in the shape of a semicolon. For exercise, at least once a day I approach a total stranger and slap him. And late each afternoon I read a paragraph of any work of acclaimed American literary fiction, which makes me vomit.

As for family life, Americans are far too concerned with a child’s self-esteem and accomplishments. The French woman knows that to build a child’s inner strength it is best either to completely ignore the child or to belittle him. As I was giving birth to my daughter, I refused to put down my copy of French Vogue. When it was over, I turned to my husband and remarked, “I have just had an unusually large bowel movement that will never be as attractive as me.” During my son’s thirteenth-birthday party, I ordered him to remove all his clothing, and I told the assembled guests, “You see? That is why we raised him as a girl.” My wisdom can be traced to the influence of my own mother. When I was five years old, I asked her, “What is love?” She took my small, flowerlike face in her slender hands and replied, “What do I look like, Yoda?”

Although we French are renowned for our sophistication in matters of romance, French men have a reputation for being cads. Americans will point a finger at Dominique Strauss-Kahn, who is indeed a portly, repugnant fellow and a man who has been accused of assaulting women. When asked about Strauss-Kahn’s participation in orgies, his lawyer stated that Strauss-Kahn may have been unaware that the women involved were prostitutes because they were naked. Yet Strauss-Kahn’s wife has stood by him, for a simple reason: because she has married a French man, at least she will never have to say, “My name is Mrs. Newt Gingrich.”

The French woman is known for being effortlessly chic. I have, in fact, offered tutorials on elegance to American women. I will hand an American an Hermès scarf and ask her to tie it somewhere on her body, anywhere but around her neck. A French woman might use the scarf to secure a ponytail, or she’ll knot it loosely around the strap of her Chanel handbag. Sadly, most of my American pupils either use the scarf as a makeshift sling or eat it. I have attempted to counsel many American women against overdressing. I told one woman, “I’m going to turn my back, and I want you to take off three things.” A moment later, when I faced her, the woman had removed her teeth, one of her eyes, and an Ace bandage.

French culture remains unmatched. Our films include rollicking farces, searing documentaries, and quietly explosive investigations of family life. In these films, to avoid vulgarity, nothing happens, and none of the actors’ faces ever move. French filmmaking has recently reached a peak with the almost entirely silent Oscar-winning movie “The Artist.” True cinéastes say that the ultimate French film will be a still photograph of a dead mime.

The French woman has given so much to the world. Marie Antoinette alone has inspired books, movies, operas, and the hair style and perspective of Donald Trump. Our current First Lady, Carla Bruni-Sarkozy, is not only a role model but an ex-model. But the most glorious and eternal symbol of French womanhood is, of course, Joan of Arc, because she was a cigarette.

Paul Rudnick has written over 50 short humor pieces for The New Yorker. Please enjoy the full texts of a few of his favorites.